From street fights to the bluegrass…let go and be free 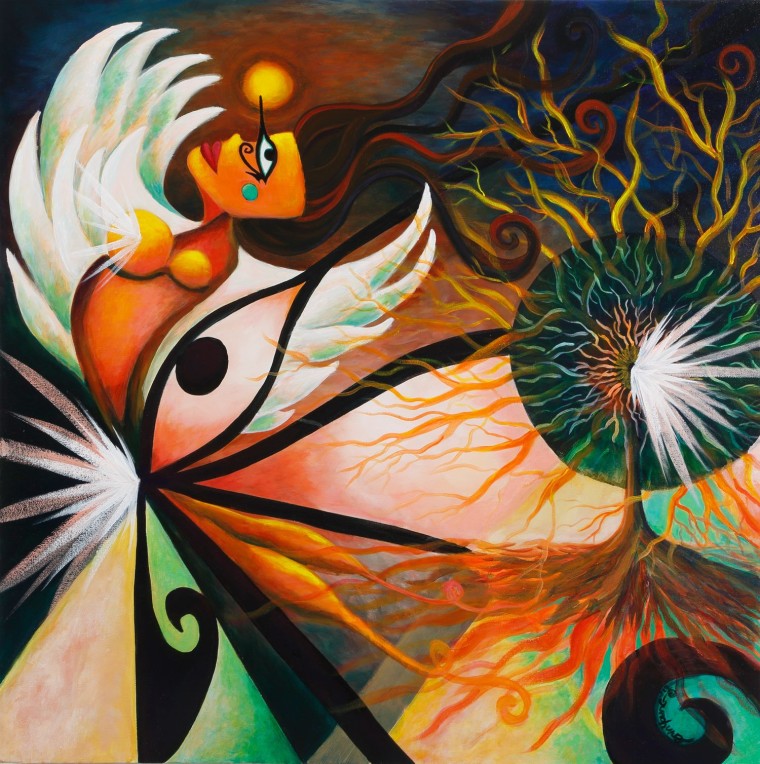 Four years ago around this time, I packed my bags to say goodbye to Morocco and hello to Kentucky. Yeah, quite a difference. I get a confused reaction all the time when I tell the story. “How was that transition?!” was the obvious question. Well…

Living in Casablanca was an adventure of fantastic parties rich in glorious cuisine, and even better conversation. I had every intention of living in Morocco for my future…to learn Arabic, help build a yoga studio, teach English and create this new life. Morocco was a brotherhood that no other could deny. And if I could choose anyone to have my back outside of my own blood, it would be a Moroccan. It was breathtaking scenery…the stars at night in the Sahara were a dream. I had a social life that consisted of friends from just about every continent, speaking several languages at the same table. There were late nights drinking Johnnie Walker straight up and smoking Marlboro reds, dancing until my clothes stuck to my body and my feet blistered. I attended private socials with the State Department, and watched the New York Giants win the Super Bowl at the US Ambassador’s home. I drove in bullet proof SUVs to have “life-talk” dinners with political advisors concurring, “we didn’t choose a regular life because we weren’t destined to live one.” It was fancy meals with some of the finest and most respectful gentlemen that were like brothers to me, to be then contradicted with men who would follow me on the street on a daily basis because I was alone and assumed I was for sale. It was running into stores asking for help because I was not left alone. I would put my hands on the door and take a deep breath before leaving my apartment trying to pump myself up for the street. It was like I was in street skill training…and I wanted to pass. It was looking behind my back and turning a corner, then another to escape unwanted attention. I walked with my keys laced in my fingers for protection. I walked fast in my black boots, and survived my first mugging with two young punks just looking for money. They didn’t get a cent. I was there to make a difference, and I asked for it.  My mission was to save the women and teach the men a lesson. Ha! Truth was, Morocco taught me instead, and gave me the opportunity to save myself. The key to that was letting go of the fight. There was another way to live…and I needed to leave to find out.

A few weeks later I landed in the bluegrass…open land, rolling hills. Everything was green. No concrete jungle. No busy streets. No one following me. And for the first several months of living there, all I wanted to do was run…not away, but into. I wanted to run as fast as I could, as deep as I could into this open space of newly found freedom of Louisville, Kentucky. I drove my car with the windows down at night to find secret spots to trespass onto open fields and run with my arms wide. I’d lay on the grass and look at the stars and fire flies, and a few times I was greeted by horses and deer that let me get close enough to touch. It was magical. I nicknamed Kentucky “Avatar” because it felt like a new world. And it was here I started to paint again and where the first goddess paintings came alive. The Joan of Arc energy I had before was melting into a softer version, and with a different purpose…surrender. It was the first time I understood what this word meant. And I wasn’t good at it at all. In fact that word scared me more than the streets of Morocco. I thought surrendering was weak, that I’d be a sitting duck if I were vulnerable for a second. Yet the goddess paintings kept flooding out of me with messages of grace, joy, and hope. It was staring at me in the face, and I couldn’t see it until much later.

I painted a goddess with wings, flying and looking at the light, titled, “Let Go And Be Free.” It reminded me to be open to life’s possibilities. I went from the streets of Casablanca to the bluegrass, painting goddesses. Really…I had no idea that would happen. Ever. And what’s ironic is the message is one of the same…with what I wanted in Morocco to what these paintings represented. I was expressing it in a different way, and it took changing my environment drastically and going within to figure it out. Morocco gave me courage. Kentucky gave me space.

The lesson? Let go of the fight and take a chance…surrender. The fight meaning the lie in your head that there isn’t another way. There always is. You may just be surprised what you’ll discover. And yes, I still enjoy Johnnie Walker (now more Kentucky bourbon), and a cigar here and there…and more importantly, next time I visit Morocco, it will be to paint.