Making vs. Living… (why I paint) 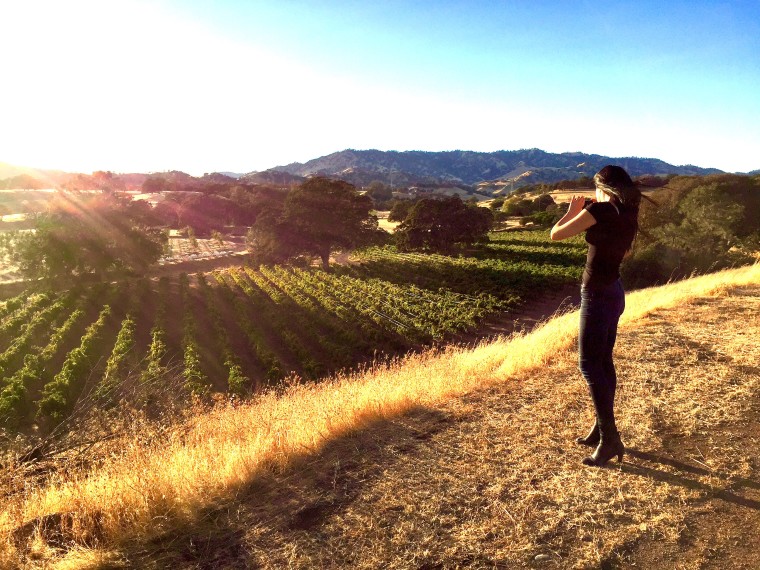 I kept glancing at the address I wrote to make sure I got the numbers right. Yeah they were right. A right turn, then a left, then a U-turn to try that street again, speeding down the road as I was afraid of being late, and I didn’t want to be late. Dressed in my biz clothes ready to impress the organization I wanted to join to help start a new career, I clenched the stirring wheel looking aimlessly thinking, “where is this place?” My heart started to race as I was five minutes late now, and I questioned if it was too late to show up late. I made another turn that took me up a hill, shadowed by large trees and lined with white country fences….then made another turn that took me into the rural bluegrass…not even close to the building I was supposed to be in downtown. I made another turn, tears now coming down my face in frustration…15 minutes late at this point. I didn’t think to ask someone for directions…I just kept driving deeper into the countryside away from anyone, only horses, knowing I missed the opportunity, and yelled as loud as I could to the Universe, “I’m trying to make a life!!”

I missed that meeting…because I was supposed to. I didn’t know that then, but I do now. Weeks after missing that meeting, I received a letter in the mail from the University I thought was the key to my future, to only read that I was not accepted into their Masters program. And a few weeks after that, I ended a two year relationship with the man I believed I would marry and build a beloved future with. And a few weeks after that, I moved back to California…to start over again. And this wasn’t the first time I’ve moved back waving the same white flag, over and over and over again. I wasn’t learning the lesson…. “(let go….there’s something better for you…)”

I’ve had the belief for years that you must charge forward for what you want. Sure, but I was going about it all wrong…ass backwards was more like it. Instead of trusting my gut to what I knew was true, I stubbornly went after what I thought would make me happy. I didn’t trust that the Universe had my back. Yet it was giving me signal after signal to the truth, closing doors left and right, and I still didn’t listen. I tried my way harder. I hit my head against the wall too many times. I became blind. It was all a beautiful, adventurous distraction…until it wasn’t anymore. It took until just before my 33rd birthday to figure out that creative expression was my way out of the box and my way into myself.

I was “making” a life before, instead of living my life authentically. There is a difference I’ve learned. Making a life was frustrating and exhausting because I wasn’t trusting much of anything. Painting, however, gives me the opportunity to let go and to communicate what is real for me. It takes the rage, the madness, the love, the beauty, the hope, and throws it on canvas. It’s a constant practice between trust and surrender, patience and courage for a painting to come alive…not easy at times, but that’s what makes the leap of faith far more worth it. I paint because it’s my soul’s instrument to express itself. I just need to be the instrument. That’s it. Just be the instrument… I have no idea where my visions come from or what I’ll paint next… “Go with it…” was the message one of my mentors told me. “You keep being you, however awkward you think it is…get out of the way and let it flow.”

So the question: are you making a life? Or are you truly living, true to YOU? What if what is destined for you is far greater than what you “think” you deserve or “think” you want? It’s a tough question…and with today being a new moon, a new beginning, I say do what feels right in your heart and “go with it”…that’s living.