Your superhero is calling…yes you 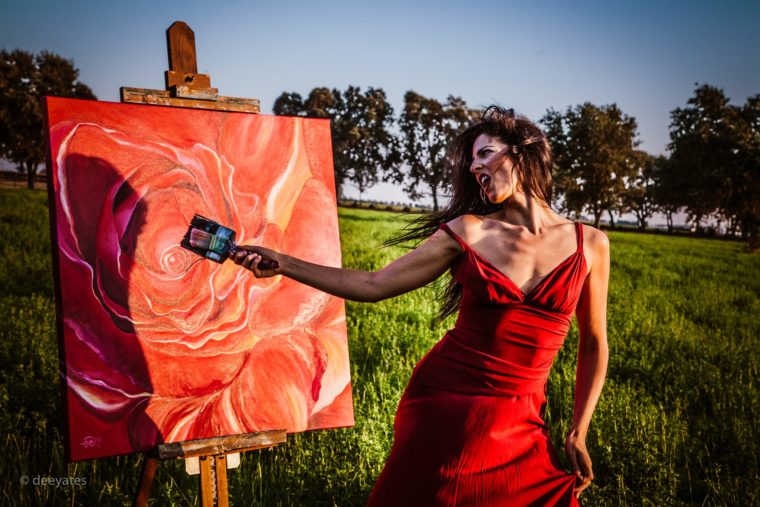 “Some people may mistake your passion for life as madness. But there is nothing insane about living fully in this day, this hour, this moment right here. Let them think you’re mad, insane, crazy for this life you’ve been given. Your madness/passion is what the world needs so much more of so stop turning your volume down…turn it on, turn it up, make them wonder.” –Chrissy Beth

I read this Facebook post the other day from a fellow yogi living in Australia, and wow is this so true. It’s too good not to share, and an important reminder to be ourselves, however different we think we are. I grew up trying to fit in as I’m sure many of us did, and even more so in my early 20’s thinking if I did X,Y,Z, I’d be cool, therefore happy. Nope…I was very much the opposite. And even today, I catch myself while painting, “If I did this then people will like it.” And I stop, put myself in check immediately, because that thinking is nonsense. What’s interesting, is the art I do authentically, however different, has been the most popular. And the art trying to fit in…not so much. It’s always painted over…forgotten.

Diversity is what makes this world. Right? We are made up of the same, but expressed in different ways. WE ARE AN EXPRESSION OF DIVERSITY IN THE ONENESS. Can we honor that already? There’s a song I discovered years ago that relates to these times we’re living in, called “Lost” (chill version) by Sunlounger & Zara. I’ve painted to this song plenty of times, over and over as a meditation. The song says, “Let your fears go, you might find that you’re not lost.” Are we lost? Or did we just forget to love?

I’ve been told no, rejected many times, told that I’m weird, too different, even from another planet. I’ve put myself through relationships and jobs that tried putting me in the box, and eventually I got out. The lesson? Honoring the diversity in ourselves in the first step. I say it all the time…that we all have a gift. Just like in the superhero films, each hero has a special skill. What’s your skill? The act to “turn it on, turn it up, make them wonder” is the moment the superhero puts the cape on and truly steps into themselves. That’s when the good shit happens.